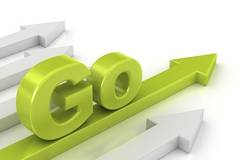 The output of the European machine tool producers showed strong growth in 2011, increasing to 20.8 billion euros, which is over one fourth higher than the level of 2010. During the first quarter of 2012, the orders’ intake for the European machine tools continued to increase. Despite weaker order income results from the following quarters and based on a solid high backlog, the machine tool production is nevertheless expected to grow by more than 6% in 2012.

Low machine tool consumption reflects the cautiousness of European businesses as well as the low production activity, mostly in Southern-Europe. Coupled with the scepticism spreading among the managers of manufacturing companies, European machine tool consumption is estimated to contract by about 77 million euros in 2012 compared to previous year.

The exports of CECIMO reached 16.7 billion euros in 2011, which is close to the record established in 2008. The forecasted stable production in 2012 originates from a solid growth in exports, and the successful export performance confirms the competitiveness of European machine tools. “Due to the weak domestic markets, the European machine tool industry’s near future growth prospects are based on high foreign orders’ intake and strong demand in Asian, North- and South-American markets,” comments Martin Kapp, the President of CECIMO.
Over the last months, several global economies recorded a contraction of their industrial production, and the International Monetary Fund (IMF) indicated a high risk of serious global slowdown. Combined with weak European demand, the ongoing deterioration of economic conditions across the world may jeopardise the export volumes and the growth prospects of the machine tool production.

In response to this situation, pro-active government policies are needed to stimulate manufacturing growth, and the EU trade policy has a crucial role to play. CECIMO exports to non-European countries represented almost 50% of its total exports in 2011and this share is growing, and free and fair trade is needed to maintain this momentum. The delay in the conclusion of the free trade agreement (FTA) between the EU and India creates a competitive disadvantage for European machine tool builders, since states such as Korea and Japan have already signed agreements with this country. CECIMO expects the EU to make every effort to finalize the agreement with India in the near future.

Also, the future growth of the machine tool industry depends on the availability of the necessary skills on the job market. However, while record-high unemployment rates are observed in the EU, European machine tool builders struggle in staffing vacant positions. CECIMO welcomes the European Commission’s recent Industrial Policy Communication, which sets out an ambitious plan to stimulate investments, innovation, as well as the development of human capital in the manufacturing industry. The Communication announces concrete initiatives to anticipate skills needs in specific sectors and to better match education with available positions. In this spririt, it was decided by CECIMO that its next General Assembly should focus on the broader skills challenge.

Commenting on the Industrial Policy Communication, Mr Kapp declares: “The Commission’s target to increase the GDP’s share of manufacturing in the EU from 16% to 20% by 2020 is a quantitative expression of Europe’s reindustrialisation goal. It underlines a long-term commitment to help prepare Europe’s manufacturing base for the future.” CECIMO encourages the EU and its Member States to put into effect the measures required for implementing the new industrial strategy in a coordinated manner. They should work in a spirit of solidarity and in full partnership with the industry towards the achievement of common industrial policy objectives.

Statements relating to the future:
This press release contains statements relating to the future, which are based on current evaluations of the management regarding future developments. Such statements are subject to risks and uncertainties relating to factors that are beyond CECIMO’s ability to control or estimate precisely, such as the future market environment and economic conditions. Should these conditions or other unforeseeable event occur, or should the assumptions on which these statements are based prove incorrect, the actual results may differ materially from the results expressed in, or implied by, these statements. CECIMO disclaims any intention or special obligation to update any forward-looking statements to reflect any change in events or developments occurring after the reporting period. Forward-looking statements must not be understood as a guarantee or assurance of future developments or events contained therein.

About CECIMO
CECIMO is the European Association of the Machine Tool Industries. We bring together 15 national Associations of Machine Tool Builders, which represent approximately 1500 industrial enterprises in Europe*, over 80% of which are SMEs. CECIMO covers more than 97% of total Machine Tool production in Europe and about one third worldwide. It accounts for almost 150,000 employees and a turnover of nearly €21 Billion in 2011. More than three quarters of CECIMO production is shipped abroad, whereas half of it is exported outside Europe*. For more information visit www.cecimo.eu
*Europe = EU + EFTA + Turkey