German machine tool industry surges ahead in 2022 after the pandemic 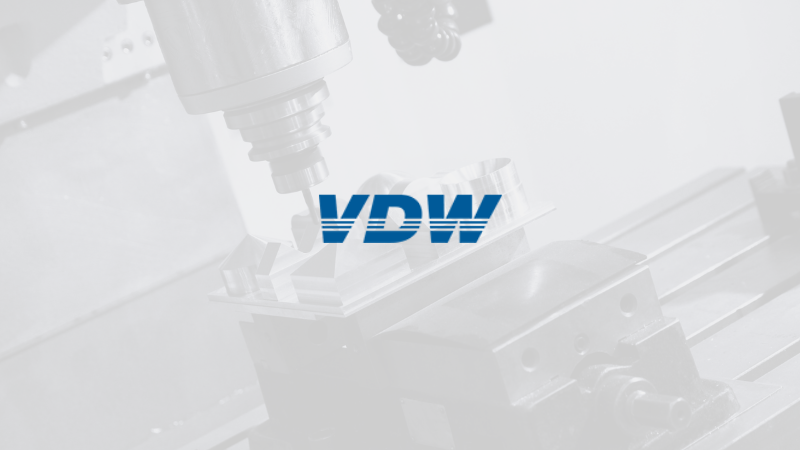 Frankfurt am Main, 15 February 2022. – "2022 has a good chance of being a successful year for the machine tool industry," said Franz-Xaver Bernhard,
Chairman of the VDW (German Machine Tool Builders' Association) at the association's annual press conference in Frankfurt am Main on Tuesday. The industry has been experiencing a strong and broad-based upswing in terms of its markets and customer sectors since last year. A 14 percent increase in production is forecast for 2022.

"The optimism for 2022 is underpinned by the strong growth in demand seen since the middle of last year," Bernhard explained. This testifies to the great pent-up demand for investment worldwide, a significant amount of which is being met by German-made machine tools. Orders received rose by 58 percent during 2021 as a whole. A primary factor here was the foreign markets, which posted a 62 percent increase. Domestic orders also increased strongly by more than half.

According to preliminary VDW figures, the foreign markets were headed by the Europeans. They raised their orders by 90 percent, followed by the Americas with an increase of 66 percent and Asia by 61 percent. China and the USA remain the two largest markets and the most important customers, with high double-digit growth rates of 65 and 92 percent respectively. All of the top 20 countries have posted at least double-digit increases in demand, some even with triple-digit growth. Orders from Italy, Austria, the Czech Republic, Switzerland and India were particularly strong. Italy and Austria benefited from government support.

According to forecasting partner Oxford Economics, global gross domestic product is expected to grow by 4.2 percent in 2022, industrial production by 4.4 percent and investment by 4.3 percent. In terms of investment growth, our triad of major customers is led by Europe. "We are set to benefit from this as many of our customers already have well-filled order books," Bernhard said. Some of the figures for Germany were even better. German industry is now catching up, following weaker development in the previous year. The two leading indicators, the Ifo business climate and the Purchasing Managers' indices, are also rising.

"Nevertheless, the forecast for 2022 is still clouded by uncertainty," Bernhard acknowledged. Oxford Economics fears that large numbers of people will go into self isolation and not travel as a result of the high Omicron variant infection rate, thereby inhibiting economic activity. Experience shows that the economy recovers quickly once the number of infections falls. However, the weak start to the year is expected to hold back the overall result. China's declared zero-Covid strategy is also making it difficult to normalize supply chains.

Recovery faster than expected in 2021

The sector bounced back with strong orders last year following the deep slump in the machine tool industry caused by the 2020 pandemic. According to VDW estimates, it produced roughly EUR 12.7 billion worth of machinery and services in 2021. This represented a rise of 4 percent.

Business was driven by exports, which grew by 8 percent, twice as fast as production. The Americas led foreign business with an increase of 13 percent, followed by Asia at 11 and Europe bringing up the rear at 5 percent. Among the ten largest markets, the Czech Republic, Italy, Mexico, China and the Netherlands recorded double-digit growth. China bounced back following a sharp decline in 2020.

By contrast, domestic sales fell by 5 percent due to the automotive industry's reluctance to invest. There was only a slight increase in consumption of 1 percent. This was carried by imports, which rose by more than a tenth. Capacity utilization was 87.2 percent in January 2022 compared with 72.7 percent a year earlier. At 64,000 employees, employment in December was 6.1 percent below the previous year’s figure.

The biggest challenges: supply bottlenecks and the shortage of skilled workers

"Bottlenecks in the supply chains of electronic components and metal products were key negative factors for the industry last year, and they have not yet been resolved," Bernhard reported. Nearly all machine tool industry manufacturers were affected by the end of 2021, according to a survey.

The chip shortage in particular is hitting companies two-fold. On the one hand, the automotive industry as a key customer only has limited supply capability. On the other hand, there are not enough chips for controllers (one of the most important components in machine tools), gateways, edge computers or drives. This is delaying the completion of machine orders.

The chip shortage resulted in a decline in orders at the beginning of the Covid pandemic. This in turn caused the shut down of capacities and the diversion of supplies to the consumer goods industry. It takes time to establish production capacity for new chip generations. Cargo space is also being restricted by airport and port closures in China as part of the country's strict zero Covid and lockdown policy. "This can escalate again at any time," Bernhard warned. For some time now, businesses have also been stockpiling, which has led to higher demand for some products and put additional pressure on suppliers.

There are very limited opportunities for the machine tool industry to influence and compensate for this problem in the short term. Changing over to a new generation of chips takes time, as this can easily involve several man-years of development. "For the time being, the only option is to be highly creative in the procurement of materials and to accept higher prices that may not be possible to pass on," said the VDW chairman. In the medium term, it will become increasingly important to establish stable supply chains and diversify the number of suppliers in order to reduce dependencies.

Almost all machine tool companies believe that the shortage of skilled workers is just as serious a problem as the supply bottlenecks. According to a survey, more than two-thirds of manufacturers intend to increase their core workforce in the current year. By contrast, the number of engineering vacancies in December 2021 was roughly twice as high as at the end of 2020. At the same time, the number of applications for apprenticeships and the number of apprenticeship contracts being concluded are on the decline.

The availability of skilled workers is crucial if companies are to remain competitive in the highly specialized machine tool industry. "And skilled workers require skilled training," Bernhard said. He called on companies and politicians to be proactive in highlighting the attractiveness of vocational training. This opens up just as many opportunities as taking a degree course. Companies need to emphasize their attractiveness, as well as provide superior training and offer special funding where necessary. It is important to bind apprentices to the company upon completing their training by offering them further training, career advancement opportunities and appropriate salary increases. Politicians, for their part, must also emphasize the importance of vocational training and support industrial-technical vocational colleges. These can also represent an attractive regional economic factor. Such colleges can also serve as torch bearers because they often have better technological resources than other types of schools. To encourage further digitalization, many more vocational schools must be granted budgetary independence, allowing them to take responsibility for their own investment. "The “Dual” training system is a popular export that we must not put at risk," Bernhard demanded.

The planned energy transition is shining a spotlight on the restructuring of the energy industry. The VDW has commissioned the Munich-based consulting firm Strategy Engineers to investigate the resulting potential for the machine tool industry. The study is currently in the final phase and will be presented to VDW members in the second half of March.

Most major industrialized countries have developed ambitious strategies aimed at reducing CO2 emissions. An important factor here is the energy sector, which currently accounts for 25 percent of emissions. Key solutions include the expansion of low-emission energy, upgrading of the power grid and the development of a hydrogen economy. "All in all, the conversion to zeroemission energy sources represents a mammoth global task for which trillions of euros must be invested annually worldwide," Bernhard said.

The energy industry has not been targeted by machine tool manufacturers until now due to the low volumes and long service lives involved. However, the
higher investments are now giving rise to increasing unit numbers of mechanical components for wind turbines (e.g. gearboxes, tracking systems and large bearings), combustion engines with relevance for the energy transition (gas turbines), general mechanical peripheral components such as heat pumps for building heating (generators, compressors) and, in the future, components for use in hydrogen production (electrolysis) and in mobile and stationary fuel cells (fuel cell system with stack as well as balance-of-plant with compressors, valves, pumps, etc.).

"How large the volume will be in each case depends on the pace of transformation," Bernhard concluded. So far, there have been many declarations of
intent. Politicians now need to create a reliable framework for restructuring which will then allow companies to reorient themselves in response to any opportunities which may arise.