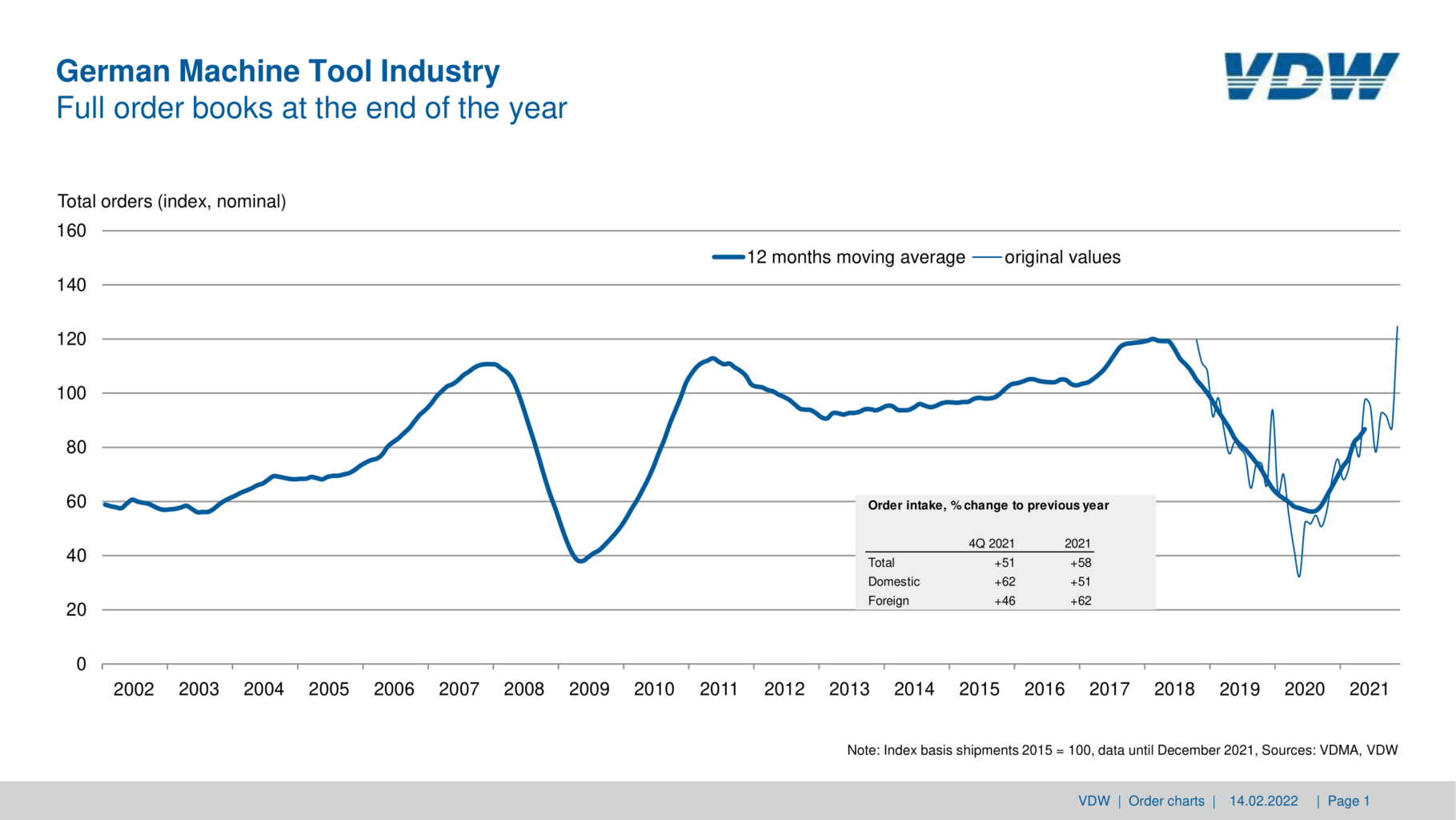 "This great result reveals how German manufacturers have worked their way out of the Covid crisis," says Dr Wilfried Schäfer, Executive Director of the VDW (German Machine Tool Builders' Association), Frankfurt am Main, commenting on the result. "Orders are also 11 percent higher than in 2019, the year before Covid," Schäfer adds.

The recovery in foreign order levels is broad-based across all the different regions. Europe recorded the strongest growth at 90 percent. The Americas and Asia were up 66 and 61 percent, respectively, on the previous year. Within Europe, both Italy and Austria were supported by massive investment funding programs and came back very strongly, as did the Czech Republic. While the level of orders from Austria only returned to normal in the second half of the year, that from Italy remained at a high level throughout the year.

The two lead markets, China and the USA, also performed strongly. Overall, however, the USA has shown stronger momentum and narrowed the gap to China.

"All in all, there are great prospects of the sector having a good year in 2022," Schäfer concludes. "We are expecting the wave of Covid-19 infections to weaken in the coming weeks and many restrictions to fall away. Most manufacturers also expect supply problems to ease in the second half of the year.

In particular, the bottlenecks in the logistics chains should resolve themselves,allowing companies to process their orders and deliver their machines more smoothly."