Joint industry statement on “Shaping a New Deal for the Single Market; Harmonised standards in support of a competitive European industry” 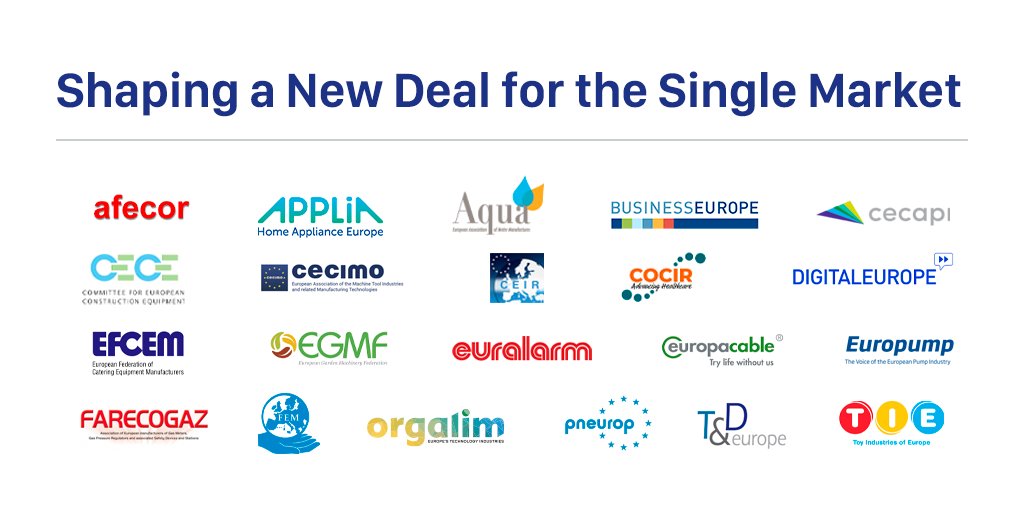 Shaping a New Deal for the Single Market

Harmonised standards in support of a competitive European industry

We appreciate the intention of the new Commission to develop an industrial strategy that can strengthen the competitiveness of European companies and support its ambitions on the digital transformation of the European economy and sustainability of the European society. To meet these objectives, however, the EU needs a functioning Single Market supported by a well-run system for the development, assessment and use of harmonised standards.
European standards are developed by experts where market demand for such standards exists. Their use can facilitate, for example, aspects of product safety and/or interoperability. Alignment between European and international standards ensures that the European market stays connected to the global state-of-the-art – supporting technological innovation and consumer safety.
Harmonised standards, the references of which have been published in the OJEU, are European standards that support the free circulation of goods in the European Single Market: companies that use them benefit from presumption of conformity with EU rules. These standards help to create a level playing field and a European home market for companies to scale up.
Unfortunately, companies face serious issues with the current EU governance for harmonised standards. Industry strongly disagrees with the Commission’s interpretation of Regulation 1025/2012. In its Communication on European standardisation (22 November 2018), the Commission has claimed additional responsibilities based on the interpretation that standards are an extension of the law, which is neither workable nor attractive for standards users and developers. This situation now increases the administrative burden and delays access for innovative technologies to the Single Market.

The use of harmonised standards can support a wide range of different policy goals. Maintaining their attractiveness and relevance for companies within the Single Market is strategically important. Without the involvement of companies, there is no future for relevant European standardisation. Therefore, industry proposes a “new deal” for standardisation to strengthen the smooth operation of the Single Market as part of a new industrial strategy for Europe.