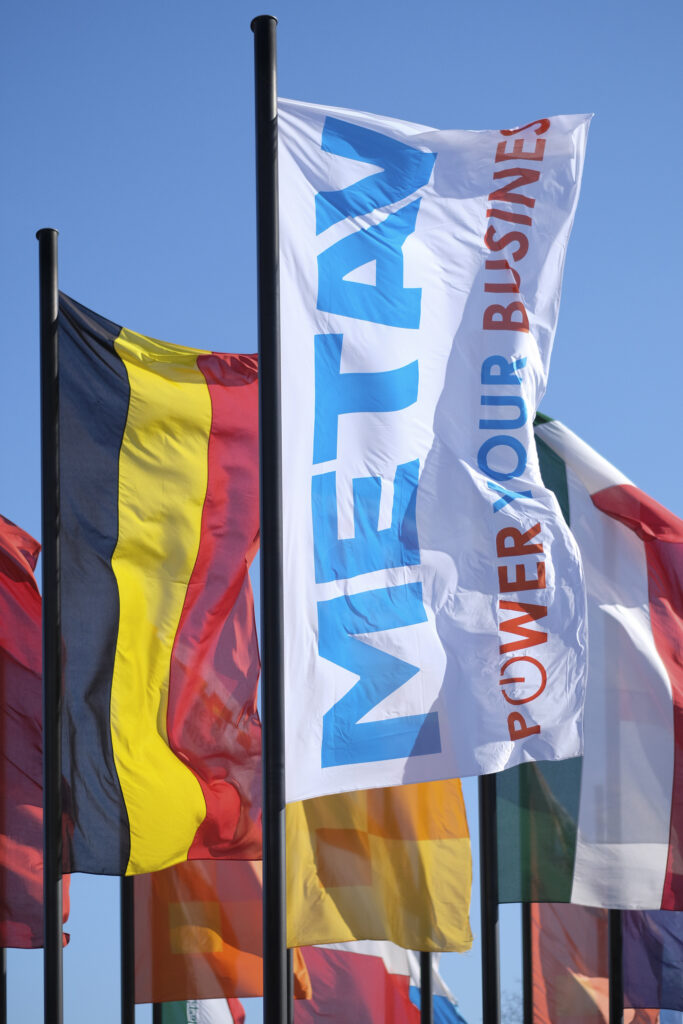 Frankfurt am Main, 25 June 2020. – The launch of the METAV Web Sessions has been an all-round success. There was plenty of interesting content on a wide range of production-related topics and trends according to the motto “Let’s talk about innovation”. The first major virtual metalworking event of its kind was also a technical success, with few if any major hitches.

Last week, over 80 METAV 2020 reloaded exhibitors gave 30-minute presentations, some in English, to their customers. The presentations covered all the major product topics from machine hardware and software through to components and services.

At the end of the week it became clear that this was well received. Each of the almost 1,600 visitors from over 60 countries attended an average of just over three sessions. A total of around 5,000 sessions were booked. "The feedback from all those who took part was overwhelmingly positive. It shows that our exhibitors are more than capable of putting on an impressive show for their customers – even on the Web," reports an enthusiastic Stephanie Simon, Trade Fairs Project Manager at the VDW and organiser of the METAV Web Sessions.

Alma Zicher, who is responsible for marketing at the software developer PSI in Berlin, Germany, points out: "The METAV Web Sessions were planned and run in a relatively short space of time. They represented a great opportunity for us to get in touch with our customers. Our presenters were given incredible support in preparing for this digital form of presentation. The length of the presentations keeps the whole thing exciting and compact."

And Philipp Dahlhaus, Head of Product Management at Paul Horn GmbH in Tübingen, Germany, adds: "In these extraordinary times, the METAV Webs Session are a great way to raise the awareness of our customers and other interested parties in the latest developments. We were also impressed by how smoothly everything ran."

The Sessions were preceded by an intensive PR campaign to promote the event worldwide. Online channels were mainly used for this due to the short preparation time. The participating companies also provided strong support by actively informing their customers about the event and inviting them to attend. "The whole thing was very worthwhile," says Stephanie Simon, summing up. Customers from countries near and far registered to attend. After Germany, the front-runners were visitor groups from India, Switzerland, Austria, Spain and the Netherlands. Some companies "sent" along class-size groups. Representatives of big-name companies such as ABB, BFW (India), BMW, Daimler, Festo, HP, Kami (South Korea), Liebherr and Linde Worldwide were also present.

The format of the METAV Web Sessions offered an excitingly structured platform to a large number of providers simultaneously, just like the actual METAV. There are plans for further such events in the run-up to METAV 2020 reloaded next March. "Despite the crisis, the Web Sessions have enabled us to address not only our own customers but also a wider audience, too. The METAV Web Sessions provide a joint forum for various exhibitors, but they also bundle a range of digital developments under a single brand," agrees Charlotte Breitwieser, Marketing Manager at Datron AG in Darmstadt, Germany. Christian Weiler, Head of Development, Industrie-Partner GmbH Radebeul-Coswig, Germany, concludes: "The digital format takes a bit of getting used to at first, but we're so grateful for this opportunity and are interested in participating again."

The wait will not be too long. "The VDW will be exploring topical METAV developments in one-day sessions at regular intervals until METAV 2020 reloaded," announces VDW Executive Director Dr Wilfried Schäfer. The programme will be published and the invitations sent out soon.

METAV 2020 - 21st International Trade Fair for Metalworking Technologies has had to be postponed by one year due to the corona pandemic. METAV 2020 reloaded will take place from 23 to 26 March 2021. It displays the full spectrum of manufacturing technology. The focus is on machine tools, manufacturing systems, precision tools, automated material flows, computer technology, industrial electronics and accessories. Added to this are new topics such as Moulding, Medical, Additive Manufacturing and Quality. They are firmly established in so-called Areas in the METAV exhibition programme, each with its own nomenclature. The target group of METAV visitors includes all branches of industry that process metals, in particular mechanical and plant engineering, the automotive and supply industry, the aerospace sector, the electrical industry, energy and medical technology, tool and mould making as well as metalworking and trades.