Press Release: EMO Milano 2021 Presents “The Magic World of Metalworking” at Fieramilano Rho from 4 to 9 October 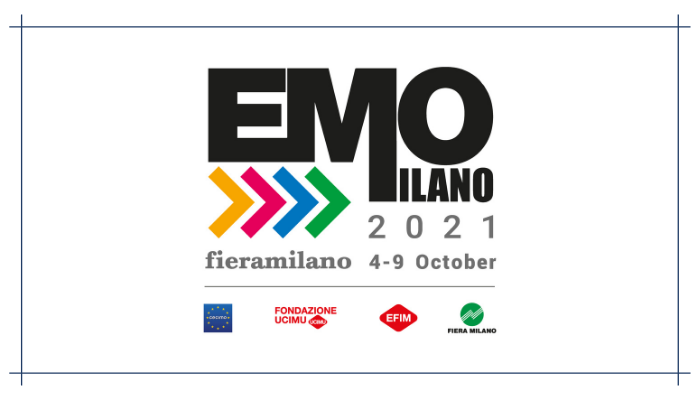 The tax incentives established by the Italian Government: a great opportunity for exhibitors of all over the world

Last week, a press conference for the Chinese market was held to present EMO MILANO 2021, the world exhibition dedicated to the metalworking world, scheduled at fieramilano Rho from 4 to 9 October 2021.

The meeting, which was web-streamed, involved about fifty guests among Chinese operators of the sector and representatives of the local media.

Promoted by CECIMO, the European Association of Machine Tool Industries, and organised by the operational structures of UCIMU-SISTEMI PER PRODURRE, EMO MILANO 2021 is the most important trade show for the operators of the world manufacturing industry.

To date, there are 28 countries represented among the exhibitors of the next edition of EMO. Italy, Germany, Taiwan, Spain, Switzerland, Japan, Korea, China and the United States are the nations with the largest number of exhibiting companies. The list of registered exhibitors is increasing day by day thanks to the applications that are continuing to be sent to the Organisation Secretariat and are likely to become more numerous in the next two months, as the vaccination campaign is going on worldwide.

Luigi Galdabini, General Commissioner of EMO MILANO 2021, stated: “Availability of vaccines, forecasts of growth with regard to demand for machine tools in all the main areas of the world and the important incentive measures for investment in new production technologies established by the Italian Government make up a really favourable context for EMO MILANO 2021, to the benefit of all those who will exhibit at the event”.

The Italian Government established special tax incentives, which consist of tax credit up to 50% for investments in new machine tools, robots, automation systems, 4.0 and digital technologies, for companies investing in Italy in 2021 and 2022.

This is a great business opportunity - stressed Luigi Galdabini - for all the exhibitors of all over the world and, in particular, for Chinese manufacturers that, from 2012 to 2019, reported a constant increase in the sales to Italy, reaching 70 million euro in 2019, corresponding to 31% more than in the previous year”.

The reasonable certainty that the situation in Italy will enable the exhibitions to take place without particular restrictions is proven by the fact that from September fieramilano will be the stage of leading international events. Before EMO MILANO 2021, Milano will host the fashion and furniture & design trade shows, capable of attracting thousands of visitors from any part of the world.

Metal forming and metal cutting machine tools, production systems, enabling technologies, solutions for interconnected and digital factories and additive manufacturing will be in the limelight at EMO MILANO 2021, which will transform fieramilano Rho into the biggest digital factory ever set up within an exhibition centre.

After all, the halls of fieramilano Rho will host the best international products of the sector, which are more and more closely linked to the issue of interconnection, capable of enabling all those high value functions that the manufacturing industry cannot longer do without. Predictive maintenance, remote assistance, application of sensors, data analysis, collaborative robotics, automation, servitization, interconnection, Artificial Intelligence will be a few of the technological themes spotlighted at the stands of EMO MILANO 2021 and in some side initiatives conceived to make the most of the presence of those who will visit EMO MILANO 2021, among which EMO Digital, the Startup Area and the Speaker Corner.

As a display and demonstration area, EMO Digital will illustrate the potential of a digital factory and the great opportunities offered by IT technologies for the whole manufacturing production, focusing not only on the machine tool world, but also on its main user sectors.

The Startup Area will propose a dialogue and meeting point between well-established industrial models, typical of traditional companies, and new business visions that characterize the approach of new enterprises.

The in-depth analysis of technological themes of interest for the operators attending the world trade show will be possible at the SPEAKER CORNER, the area dedicated to the events arranged by the Organisers and by the Exhibitors, which will be set up within one of the exhibition halls.

The organisation of EMO MILANO 2021 has been entrusted by CECIMO to the operational structures of UCIMU-SISTEMI PER PRODURRE, the Italian machine tools, robots and automation systems manufacturers' association. With more than ten years of experience derived from the organisation of the six previous editions of the world travelling exhibition, (1979, 1987, 1995, 2003, 2009, 2015) and of BI-MU, the EMO staff will be able to assist visitors, exhibitors, journalists and all those who will take part in the event, proposing services, initiatives and activities specially dedicated to them. Constantly updated information and details regarding the exhibition are available on emo-milano.com

CECIMO has already conveyed the calendar of the world travelling exhibitions that will take place after EMO MILANO 2021. After the editions in Germany in 2023 and in 2025, EMO will be held again in Italy in 2027, thus confirming the already established period, in which Milan and Hanover will alternate in the organisation of the world machine tool trade show.