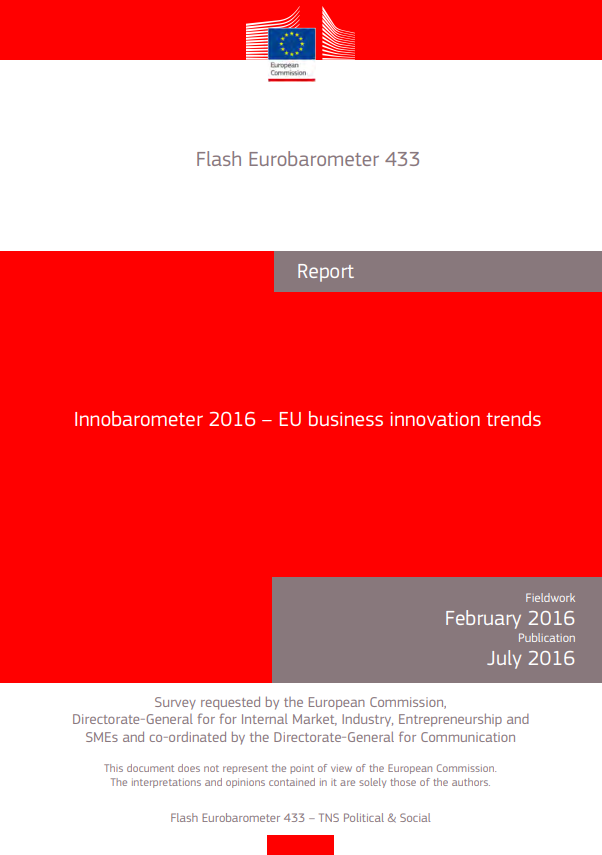 The latest edition of the EU Innobarometer, which gives a snapshot of developments and expectations of the EU business community on innovation, was released in mid-July 2016.
Conducted in February 2016 and covering over 1150 manufacturers EU-wide, the survey included a section on recent trends towards industrial modernization.

The most relevant finding was that 17% of the manufacturers surveyed said they used technologies such as high precision machine tools combining flexibility, precision and zero defects. The figure was slightly down from the Innobarometer’s previous edition, where an extra 5% of firms stated it adopted such technologies. However, the share remained 3% higher than for US respondents.

The breakdown of this result according to the characteristics of the company was possible. Up to one fourth of these users was represented by large manufacturers with a turnover of €2 M or more.

Figures for firms with falling-, steady- and rising- turnover since 2013 appeared instead broadly similar.
One of the survey results’ positive aspect concerned the outlook for the period ahead. When asked whether they planned to use technologies such as high-precision machine tools during the next 12 months, the share of EU respondents intending to do so rose by 2%. Manufacturers that consider design as a central element of their strategy are significantly more likely to use these technologies over the year ahead, when compared to firms uninterested in design. Again, large companies were the predominant group planning to employ such high performance production components. When seen from the angle of turnover trend in recent years, the picture painted diverged from past trends. Rising-turnover manufacturers emerged as a more likely category for the adoption of such technologies over the next year, in comparison to both steady- and declining-turnover firms.